Wow gold news! 10 years subscribers gets surprising reward. It’s been a decade since world of Warcraft has been released to the public. There are several games that try to copy and there are games that based their games to world of warcraft’s game features. Since it’s been a decade, world of Warcraft is giving away a really cool reward to their loyal players that stayed with them since the very first day they aired wow. 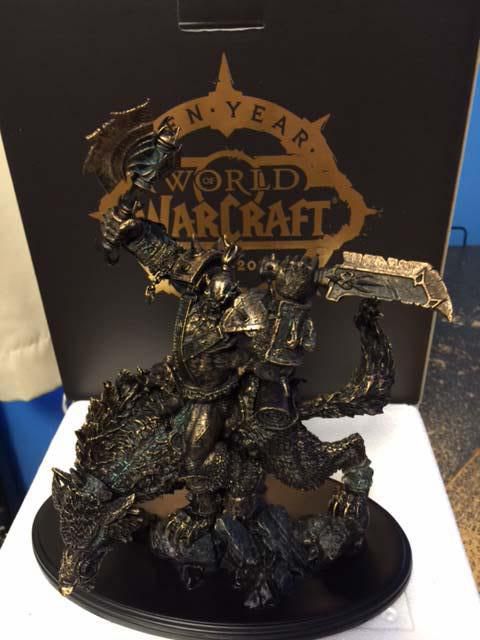 Reward that we need other than wow gold

Experience boosters and wow gold giveaways are so over rated, while rare and special items can also be accepted by players. However, when talking about subscribing to a game for over a decade? There should be something more special than gold or item. Blizzard is now giving away this awesome figure to their loyal players that stayed with them for over a decade since the day they started.

It is said that for you to know if you will be able to get the said loyalty reward, you’ll be getting an email that is connected to your battle.net account. If you didn’t get any email, then it just mean that you’re not eligible for the awesome reward.